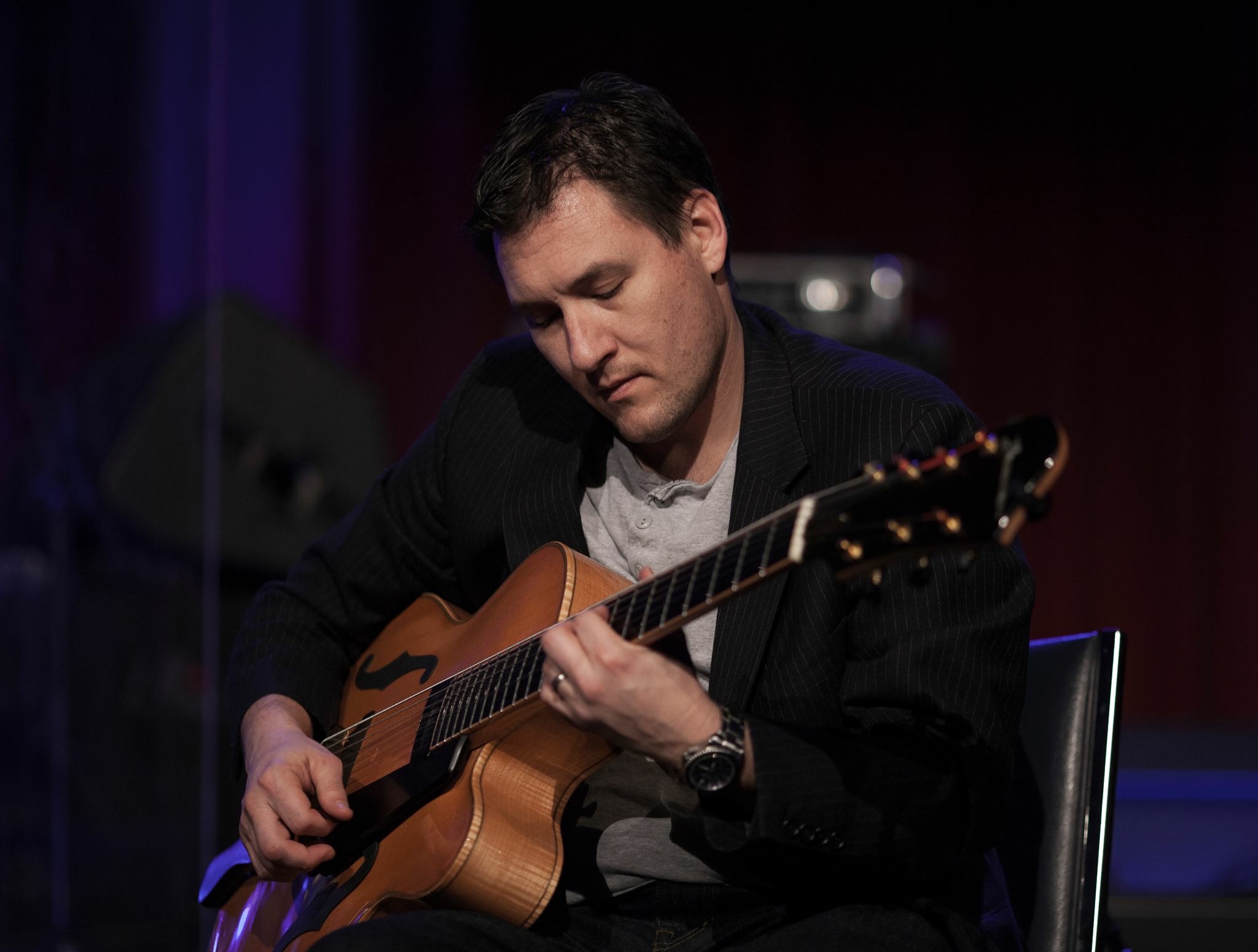 Brent Wheeler began playing guitar at the age of ten. He has studied with and/or attended clinics with accomplished musicians including Michael Christiansen, Joe Lano, Jack Peterson, Chris Buzzelli, Matthew Ardizzone, Roben Ford, and Stefan Karlson. Brent began performing professionally in Las Vegas while still a teenager. Later, he earned his bachelor’s degree in Music Performance at Utah State University and his master’s degree in Guitar Performance at Bowling Green State University. While he has a strong background in rock performance, he is currently more involved in jazz performance. He is the Head of the Guitar Program at South Plains College and was nominated for Professor of the Year for South Plains College in 2014.

In September 2009, The Wheeler Duo released their first album entitled “Stretched”. The album features original compositions by Emily Wheeler. The compositions and arrangements highlight the unique interplay and color possibilities the 7-string guitar can offer in a modern jazz style. In addition to the release of “Stretched”, The Wheeler Duo was the special guest artist for the Sapulpa Jazz Festival in 2007 and The Lovington Jazz Festival in 2009. In additional to festival appearances, the duo had also performed for jazz societies regionally including the Mesilla Valley Jazz & Blues Society in Las Cruces, New Mexico. The Wheeler Duo keeps an active performance schedule throughout the area. In addition to the guitar duo, most recently the Wheeler’s added additional musicians to record the latest release “See You Soon”. The music and lyrics were composed by Emily Wheeler and feature vocalist Kristin Bassett, bassist Dustin Pedigo and drummer Brian Tate. The group is embarking on recording a new record featuring compositions for the ensemble.