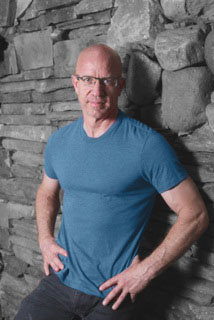 Dave Stroud has successfully applied the technical, artistic, scientific, and developmental aspects of the voice to thousands of voices all over the world. Through his scientific approach blended with his focus on artistry, Dave has been named one of the world’s leading vocal coaches, working with artists such as One Direction, Justin Bieber, Natasha Bedingfield, Kelly Clarkson, and even Michael Jackson.

Internationally renowned, Dave has been asked to share his expertise through his master-classes around the world including Australia, Austria, Germany, France, the UK, Mexico, China, Singapore, Korea, and Japan, to name a few.

Dave pioneered the leading vocal company VocalizeU. Through this company, Dave has created SingPro, a vocal program designed to individually assess a singer’s voice and create personalized warm-ups and practice tips. SingPro is used by top singers in the music industry including Natasha Bedingfield, Big Sean, Jordin Sparks, and Martina McBride. It is also used as core curriculum in many national and international music schools including South Plains College, Liverpool Institute of Performing Arts, Tokyo Shabuya School of Music, Sendai School of Music, and others.

Establishing a strong vocal community is a priority for Dave, which has led him to create organizations for teachers and singers including VocologyInPractice, Speech Level Singing teacher certification program, the VocalizeU Artist Intensive Summer Event, and the VocalizeU Songwriting Winter Retreat. These associations have created an environment for singers and teachers alike, and bring otherwise inaccessible education and connections to all.

He teaches GRAMMY Nominee Natasha Bedingfield and has helped her prepare for performances for the Billboard Music Awards, iHeartRadio, and SNL.

With three-time GRAMMY Award winner Kelly Clarkson, Dave worked on her Piece by Piece tour and helped her prepare for her duet with multi-platinum selling artist Josh Groban on a PBS TV special.

Dave teaches singer, songwriter, and producer Mike Posner. Posner has written hit after hit including Justin Bieber’s “Boyfriend”, Maroon 5’s “Sugar”, and his own US Billboard Hot 100 Top 10 single “Cooler Than Me”.

Dave worked with singer and songwriter Nathan Sykes to prepare him for the release of his top charting singles debuting his solo career. Nathan is former singer of world famous band, The Wanted.

Dave worked with nine-time GRAMMY Award Winner Justin Timberlake and was then asked by Justin to work with every singer on his label, Tennman Records.

He has worked with two-time GRAMMY Award Winner Frank Ocean for his performances for the GRAMMYs and SNL.

Dave works with Kether Donohue of the hit TV show on FX “You’re the Worst”. He also helped prepare her for her role on Grease: Live where she appears alongside Nick Jonas, Olivia Newton-John, and Julianne Hough.

As vocal coach to American Music Award Winner Jordin Sparks, Dave worked with her for her first headlining tour, The Battlefield Tour.

He worked with GRAMMY Award Nominee Adam Lambert on both his American Idols LIVE! and We Are Glamily Tours. He also helped prepare Adam for his performances on The Ellen DeGeneres Show and The Tonight Show starring Jay Leno.

Dave worked with the legendary GRAMMY Lifetime Achievement Award Winner Michael Jackson on his “This is It” tour as his personal vocal coach.

He worked on Season 8,9, and 10 of the American Idol tours and all 4 seasons of NBC’s The Sing Off working as a vocal coach with the show’s participants.

Dave loves being able to contribute to an artist’s journey. Whichever level of their artistry they fall, Dave has the tools to help them be their best and push even farther. With over 30 years of experience, Dave uses a “Student Centered” teaching approach, so he is able to adapt his approach to any level of singer.