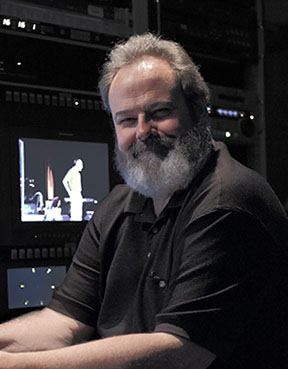 In 2010, Tom Stalcup received the Distinguished Service Award from the National Friends of Public Broadcasting for 15 years of volunteer service to KTXT-TV (PBS).

In 2009, Tom Stalcup coordinated and supervised a camera crew for the closing ceremony for the Lubbock centennial. From 2009/2011, Tom Stalcup has worked with Fox Sports setting up, operating and tearing down video equipment for televised Texas Tech University football games.

In 2007, Tom Stalcup co-produced season two of “StoryTellers & MusicMakers”, hosted by Kenny Maines. The show features interviews and performances of artists and other professionals in the music industry and airs on PBS. The first season won the prestigious Silver Telly Award. StoryTellers & MusicMakers is taped in the Tom T. Hall Studio of South Plains College by volunteers, including VPT instructor, Greg Cook, other faculty members and students. Responses show that the series introduces some people to SPC’s Creative Arts program for the first time and we hope it will increase interest in the community and recruit students.

Tom was the assistant director and a videographer on Dan Crump’s music video “She Likes Shoes”, which won the Platinum Remi Award from WorldFest Houston, The Houston International Film Festival 2006. The music video was produced by Rollin’ Film Productions in Houston, Texas.

In 2007, Tom was a videographer in San Antonio on Texas Burning’s “A Lone Star Salute to Our Troops.” The concert won a Platinum Remi for Best Music Video Production – Specials & Shows for 2007. Produced and directed by John Frazier, it was webcast free over the Internet for U.S. troops around the world. The live concert also benefited The Intrepid Fallen Heroes Fund for a state-of-the-art rehabilitation facility at the Brooke Army Medical Center in San Antonio, Texas.

Tom was the assistant director in “Decisions of the Heart”, which won the Award of Excellence in The Videographer Awards for 2006.

Tom was the Line Producer on the award winning music video “Jay Boy Adams, 20 Years Later”, which won the Gold Remi Award from WorldFest Houston, The Houston International Film Festival 2004 – in the Music Video/Stage Production Category. It also received the Award of Distinction from The Videographer Awards 2005.

Tom was Co-Producer of the Music Show “Crossroad Songwriters” – a cooperative effort between SPC and TTU, which aired on PBS in 2002. It featured the music and interviews of West Texas songwriters, including many instructors in SPC’s Music Program.

Tom received special recognition for his role in redesigning and updating the stage, lighting, special effects, and flats in the Tom T. Hall Studio for the Tom T. Hall Reunion Concert.

Tom has also received recognition from KTXT for his work on numerous PBS shows and telethons.

Thursday Nite Live performances, produced in a cooperative effort of the Music, Sound, and Video Production Programs of the Creative Arts Department, are televised live to Levelland, Morton and Littlefield, streamed live over the Internet and aired later to the Lubbock-viewing area by LISD-TV. Many of the concerts are also available through pre-recorded streaming on SPC’s website.